Sealsupply operates in a very specific B2B market with various providers, meaning the website has many categories and product pages. Making all these pages easy to find is a time-consuming activity, which requires the necessary creativity and good focus. Yet Seeders managed to achieve this by developing a solid strategic approach. Because it’s a B2B market, keyword choice works differently. There are not many keywords with particularly high search volumes. But as Sealsupply sells so many different items, we had the opportunity to, instead of honing in on a specific keyword group, widen our scope. This resulted in the focus being placed on an extensive number of keywords, amounting to a respectable total search volume.

Based on the performed SEO analysis, priority was given to the following activities:

We have chosen a combined strategy, in which we have generated qualitative links on industry-related media platforms. On the other hand, we have focused on a quantitative undercurrent of backlinks, in order to achieve rapid growth in referring domains. This has increased the online visibility of Sealsupply.nl on the chosen keywords. Due to the increase in traffic, two more campaigns were subsequently created. One specifically aimed at suppliers, and the other aimed at search traffic Europe-wide (in English). A lot of data has been collected from these campaigns, using measurements and analyses, which are making adjustments easier. 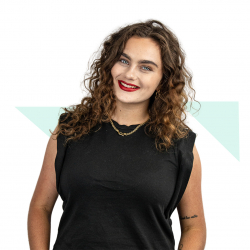 Latest posts by Isabella Hiddink (see all)
Manage Cookie Consent
To provide the best experiences, we use technologies like cookies to store and/or access device information. Consenting to these technologies will allow us to process data such as browsing behavior or unique IDs on this site. Not consenting or withdrawing consent, may adversely affect certain features and functions.
Manage options Manage services Manage vendors Read more about these purposes
View preferences
{title} {title} {title}
adana escort - eskişehir escort - escort mersin